Demonstrations in Mexico, Brazil and Germany for the Freedom of the Saharawi People

PUSL.- The solidarity movement with the Saharawi people of Mexico, Brazil and Germany joined the thousands of Spanish citizens who yesterday in the Spanish capital demanded justice for the Saharawi people and to put an end to the torture, repression and looting of their resources by Morocco, illegal occupant of the territory since Spain abandoned it, and illegally and shamefully handed it over to Morocco and Mauritania in 1975.

Despite the difficulties that Covid’s pandemic situation entails, this expression of solidarity from people from all corners of the world demonstrates the rejection produced by the cruel Moroccan occupation of Western Sahara and is a cry of support for the Saharawi people, demonstrating that they are not alone in their just cause. 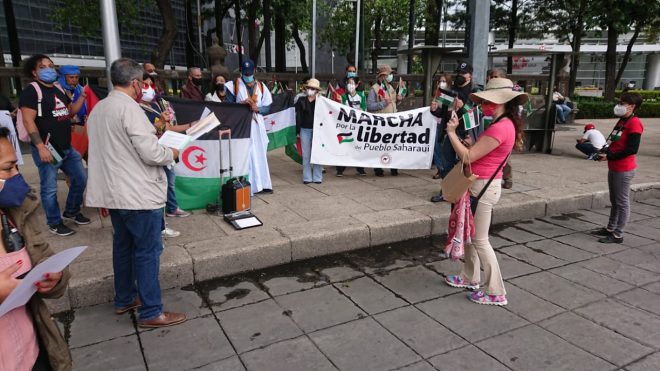