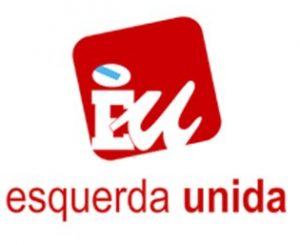 PUSL .- Izquierda Unida has released a press statement today in which it characterizes the response of the European Commission (EC) as cynical. The response in question is related to on the question put forward by the MEP Paloma Lopez of this political party asking whether the EC condemns the Moroccan action when trying to legitimize the occupation of Western Sahara, with the appropriation of Dakhla as a Moroccan city, or its attitude towards the constant breach of the agreements of the Court of Justice of the European Union (CJEU) on fisheries matters. These questions where put forward last October on the occasion of the participation of the company Atlas Pelagic, based in the Saharawi city of Dakhla, in the Fair of Frozen Products of Vigo (Conxemar).

Atlas Pelagic, a Moroccan company dedicated to plundering the natural resources of Western Sahara, which represents a violation of the judgments of the European Court of Justice, which has expressed in three rulings that Western Sahara is not a Territory subject to the sovereignty of Morocco. “It is intolerable to continue seeing cases of Moroccan companies that take advantage of the plundering of the natural resources of Western Sahara, becoming accomplices of an illegitimate military occupation by participating in the sacking of the Saharawi people,” said the national coordinator of the United Left, Eva Solla. END_OF_DOCUMENT_TOKEN_TO_BE_REPLACED